The Lake District National Park is the largest and most popular of the thirteen UK National Parks in England and Wales. Created as one of Britain’s first National Parks in 1951, its role is to ‘conserve and enhance’ the natural beauty, wildlife and culture of this iconic English landscape, not just for residents and visitors today but for future generations, too. 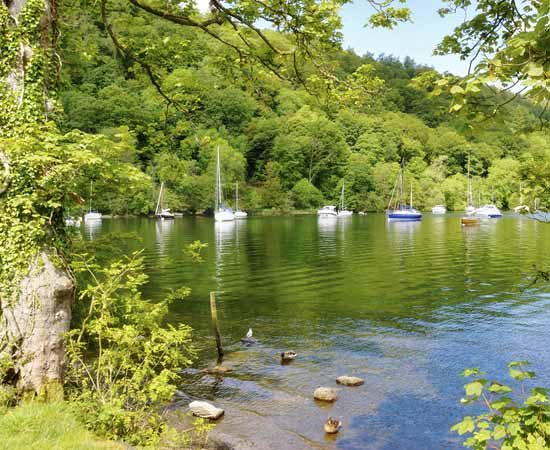 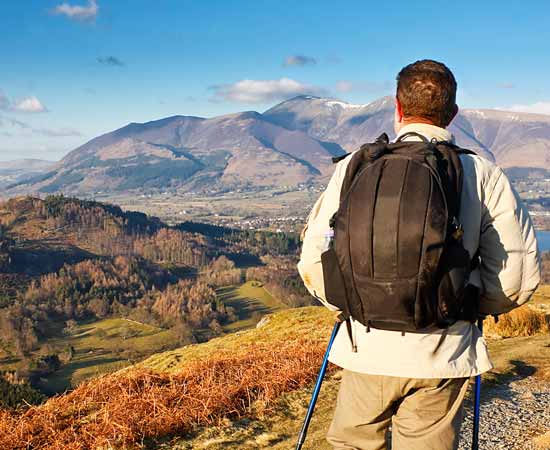 Remarkably, the National Park contains every scrap of England’s land over 3,000 feet, including its highest mountain, Scafell Pike. Packed within the Park’s 885 square miles are numerous peaks and fells, over 400 lakes and tarns, around 50 dales, six National Nature Reserves, and more than 100 Sites of Special Scientific Interest — all publicly accessible on over 1,800 miles of footpaths and other rights of way. It’s no surprise then, that the Lake District attracts an estimated 15 million visitors a year.

“[The Lake District is] a sort of national property in which every man has a right and interest who has an eye to perceive and a heart to enjoy.”

William Wordsworth, Guide through the District of the Lakes, 1810

The Lake District National Park’s boundaries are all within Cumbria. As well as hosting England’s highest mountain – Scafell, the Lake District National Park contains both its longest lake — Windermere, and its deepest lake — Wastwater. It’s also a walkers’ paradise, with walks to suit every age and ability, from short easy circuits around pretty lakes and tarns to tougher day walks in the mountains, fells and ridges. There are pub walks, fell walks, lakeside walks, walks to tarns, history walks, woodland walks, walks to viewpoints and literary walks. These are some of the best walks in the Lake District.

Many of the walks start and finish in the Lake District’s main towns and villages, including Ambleside, Bowness-on-Windermere, Windermere, Keswick, Kendal and Penrith.

Walks to Waterfalls will take you on short circular walks to the ten best waterfalls, cataracts, spouts and forces in the Lake District. They range from the mighty Aira Force and Scale Force to Holme Force, Lodore Falls and Skelwith and Colwith Forces.