Walks in Pembrokeshire and South Wales

Despite the massive industrialisation and urbanisation of the 19th and early 20th centuries, much of the south coast of Wales remains surprisingly unspoilt and harbours a tremendous wildlife and recreational resource that sits on the doorstep for much of the country’s population.

And those from afar, whose only knowledge of the area has been gleaned from the history of coal, iron and steel, will certainly be stunned by the great open sweeps of fine beaches, great dune systems, impressive cliffs, tidal salt mashes and reclaimed meadowlands, all of which revel in a profusion of wildflowers, insects, birds and animal life. 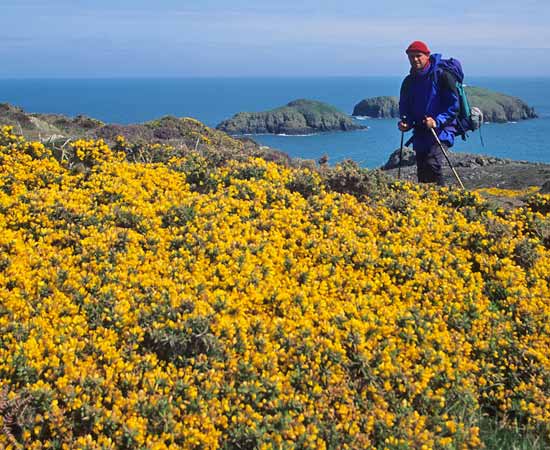 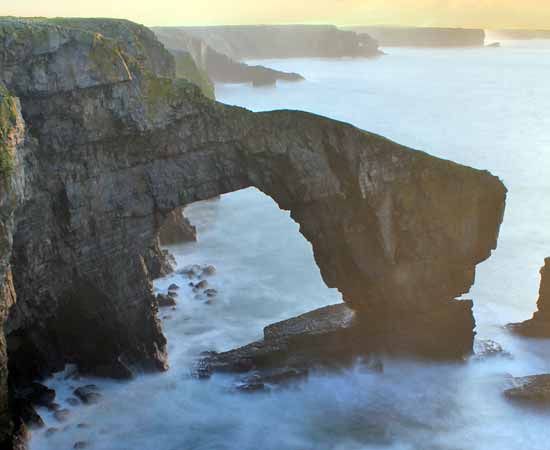 Even so, there is no ignoring the industrial conurbations of Swansea, Port Talbot, Barry, Cardiff and Newport. But the commercial activity of the 21st century now looks towards high tech, specialised manufacture and the service and media industries. Reclamation and redevelopment of derelict and brownfield sites has removed much of the detrimental impact of the old industries on the environment and new areas have been deliberately set aside for open space and nature.  Yet even the abandoned ‘edgelands’ hold surprises, for this is where nature appears at its most feral. The plants here are the advance guard of natural regeneration, overcoming harsh conditions and bringing insects and birds in their wake.

“Dychwelyd i wlad eich hynafiaid; gwaed yn galw i waed.
Return to the land of your fathers; blood calls to blood.”

This final section of the Wales Coast Path may not portray the absolute wildness of Pembrokeshire’s Atlantic battered cliffs or the dramatic scenery of the Snowdonian fringe, but it is equally full of character and merit. Nature’s offerings are abundant and diverse, and the relics of industrial heritage give a wonderful insight into a past that helped make Wales great.

The dramatic Pembrokeshire coast is a dream destination for walkers: for 300 breathtaking kilometres, the National Trail winds its way along the top of rugged cliffs, in and out of secluded inlets and along seemingly endless beaches. From the remotest reaches of the north coast on day one to the popular beaches around Tenby on the final day, it provides a wonderfully varied experience. Whether you come for the scenery, the wildlife, the history or simply to immerse yourself in an exceptional corner of Britain, you won’t be disappointed by Pembrokeshire.

The unique qualities of this special place were recognised in 1952 when it was designated as one of Britain’s first National Parks. There are also several National Nature Reserves, many Sites of Special Scientific Interest and one of the UK’s four Marine Nature Reserves, all helping to protect the area’s wildlife, its habitats and its geology. In addition, several sections of the coast are managed by the National Trust.

The Pembrokeshire Coast Path runs for 186 miles / 300 kilometres between St Dogmael’s, close to Cardigan, and Amroth Castle on the county border with Carmarthenshire. The Official Guide splits the route into 14 convenient day sections, each of about 9-16 miles / 15-26 kilometres. Most of these start and finish in towns or villages with decent facilities for eating, sleeping and buying provisions. However, due to the remote nature of some sections, if you aren’t camping or staying in hostels, you may need to catch a bus or take a short walk inland to the nearest settlement.

Alternatively, you may prefer a series of short circular walks along the best sections of the path. Each one takes around half a day with a pub or cafe as a reward either en route or at the end of the walk.

There are two books in the popular Top 10 Walks: Wales Coast Path: Pembrokeshire series — North and South. Both are by seasoned professional outdoor writers, Dennis and Jan Kelsall, and will take you to some of the loveliest and most stunning sections of the coast.