Walks in Cheshire and Wirral

Sometimes mischievously called ‘The Home County in the north of England’, Cheshire is a prosperous and largely rural county that covers almost 1,000 square miles and is home to close on a million people.

Most people think Cheshire is flat. Indeed, seen from the tops of the Clwydian Range to the west or the high moorland of the Peaks and Pennines to the east, Cheshire certainly seems as level and green as a pool table. But look carefully from those same Welsh or Derbyshire hills and in the middle distance you’ll soon spot Cheshire’s central sandstone ridge rising abruptly from the Plain. All at once Cheshire is no longer really flat. It’s precisely that contrast that makes the central sandstone ridge so dramatic.In fact, Cheshire’s backbone is the only high ground west of the Pennines and east of the Welsh hills. 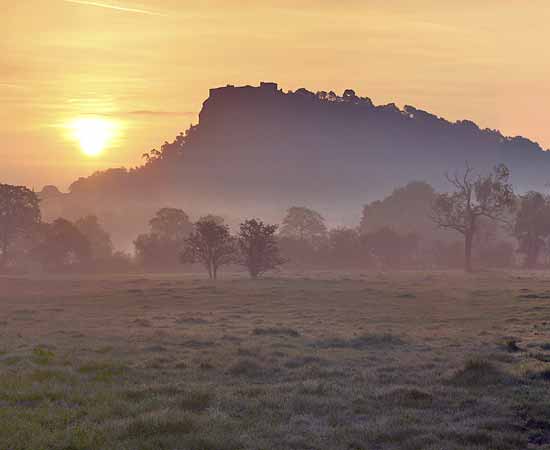 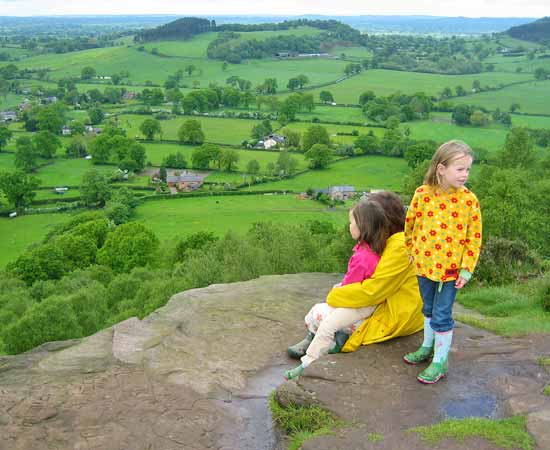 Cheshire’s 34 mile/55 kilometre long Sandstone Trail runs down the length of the central ridge, from the market town of Frodsham on the Mersey to the north, down to Whitchurch, just over the Shropshire border in the south. It’s probably the most popular middle-distance trail in north west England, and justifiably so. At the heart of this sandstone spine is isolated Beeston Crag, capped by the ruins of a medieval castle. Seen from afar, the crag’s prominence must surely have acted like a magnet to our distant ancestors. There’s ample evidence of people living on the hill way back in the Neolithic period. Today, farmland and wooded hills stretch away on either side.

Across the Beeston Gap, the lofty ridge runs north along the low-lying Delamere Ridge, through Delamere Forest, and on towards Frodsham and the Mersey estuary. To the south, the tree-clad sandstone ridge undulates past Peckforton Castle and Bulkeley Hill towards Rawhead and the Iron Age hillfort at Maiden Castle.
Many of its towns and villages feature Cheshire vernacular architecture using local sandstone or black-and-white half timbered construction.

But Cheshire offers much more to walkers than just the Sandstone Trail. Explore its field paths, riversides and canal towpaths or the dappled shade of the ancient and accessible Delamere Forest. Or take in its pretty rural villages and unspoilt pubs and inns.